Cley-next-the-sea has been a special place for me since we first began visiting Norfolk and we spent two very happy holidays in Cley itself. We stayed in the house next to the old NWT  visitors’ centre and paid lots of visits to the bird reserve and the pebble beach. In those time there was a large bank between the car park and the beach, now the weather has changed it a lot. The bank has gone, it is now flat and this shelter used to be above ground, I remember our children going into it but I wouldn’t like them to try now!

Today we headed for Cley in the hope of seeing Spoonbills, we intended to make a quick stop in Swaffham then go straight over but no such luck, due to an incident which is now known, in my mind at least as fridgegate!!! At the weekend our fridge/freezer broke, typically the next few days were by far the hottest so far this year. After failing to find anyone to fix it we decided to just buy a new one, a simple one but as long as it worked I would be happy. Our local electrical store was very helpful and the next day of shiny new one arrived, a bargain as it was one the store bought as part of a buy out of another local shop. All looked good until I tried to fill it and discovered that the salad drawer and shelf were not compatible, with them both in place the door won’t shut! Stuart, the salesman couldn’t have been more helpful but after over an hour of phone calls we still have a fridgegate situation! Seems it may have to be returned and we may have to try again but there is still one more chance of a solution on Monday so watch this space! 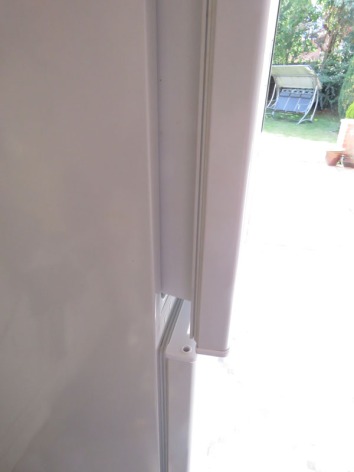 So later than we hoped for we arrived at Cley beach car park and walked along to the North scrape where Spoonbills had been reported earlier. As we approached the blind a man was walking away so of course we asked if they were still there. There followed a good news/ bad news situation as yes they were there but due to the lay of the land all he had seen was an occasion glimpse of the top of their heads! Not quite what we had hoped for but it would be better than nothing…just! Well my walking boots were dry and mud free so I decided to hop up onto the bench, they were distant but eminently viewable. 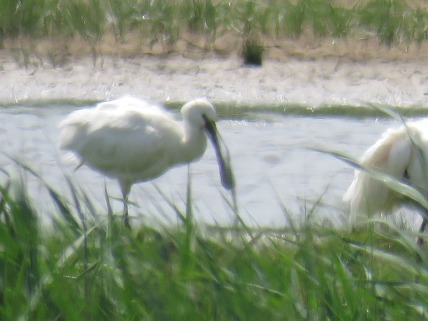 Better than just the tops of their heads for bird 238 I reckon! There was not a lot else to hold our interest but we had noticed butterflies on our way so we went in search of them. We thought at first there were lots of Meadow browns but later realised they were in fact Gatekeepers, another little beauty. 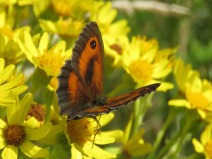 We also saw Small skippers, they were very flighty so I only managed a couple of shots.

We hope over the next few days to get out butterfly hunting again but for today we were going to see my sister and brother-in-law. On our way back to the car we saw some ‘contemporary art’ and to be honest I thought it was ok but was slightly underwhelmed! As I walked towards it I saw that it was meant to line up with the natural surroundings and then it looked quite different and I was rather taken with it so hats off to Brian Korteling! 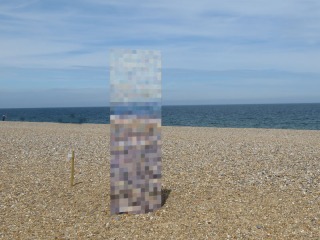 Next stop Janice and Chris’ where a warm welcome awaited us along with coffee followed shortly by lunch and a lovely chatty couple of hours together. Thank you J & C.

We are heading back to Scotland soon and are going via the Lake district so hopefully there will be things to report before too long…Scotland here we come!