I am rather late with my end of the month blog as we have been without Wi fi for several days! In our family November begins with a very special occasion, Daniel was five on the first of the month!

November has been a lovely month; still full of beautiful colours. 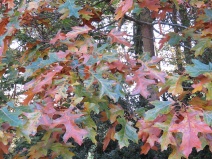 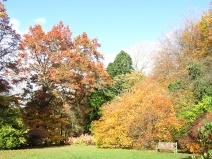 It has however been a very quiet month as far as our numbers have been and it is sad to say we have only added two birds and one mammal!  Don’t think we haven’t had a good time though, we have. Our impromptu trip to Wensleydale was a real treat which included a trip to the Thorp Perrow Arboretum where the pictures above were taken.

The weather has been mixed but I think it has given us more sunshine than showers and of course now and then they come together to provide us with a lovely rainbow. 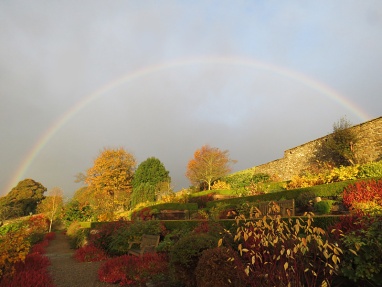 Back home and there were lots of reports coming about Waxwings arriving, we eventually caught up with some in Holt. Beautiful birds and I would have been very disappointed not to get them this year.

We took a day out from wild creatures to visit some captive ones. A smashing day out with Peter, Lynn and the children, seeing the young Red panda was a highlight! 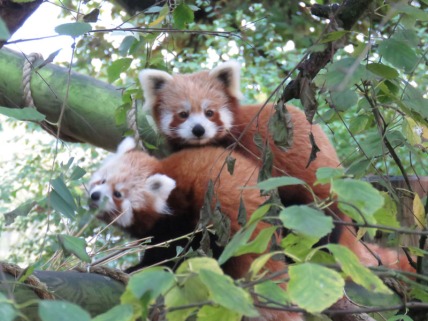 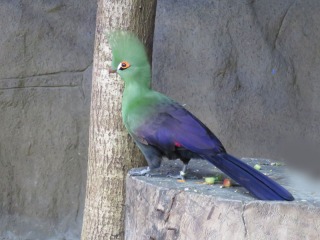 It was at the zoo that we got a new mammal, keen eyed Lynn spotted it first, a field vole and it was certainly not captive!

We added Bean goose at Titchwell having been out many times for them earlier in the year. Another day I went out with Peter and our cameras and were rewarded with some Bramblings and a last minute treecreeper.

So we have arrived at our last month and I confess we have begun December by being rather lacks as we have been in Norwich for a few days without the pager!!! Still let’s wait and see how we do over the next few weeks. I am going to save lists until the end of the year now and then we will see whose guess was closest.

Yesterday we were all set to give the lawn its final cut of the year but sadly our mower had other ideas! However nicely we spoke and coaxed the mower refused to work and eventually we gave up and borrowed one. Today, the grass is cut and it was time to return the mower which thankfully was near where some rather nice birds had been seen over the past couple of days.

We had hoped to see Waxwings at the beginning of the year but it  was not to be so I was thrilled to hear reports of lots of them arriving over the past week. Mostly they have just been seen flying over or stopping all too briefly but now some are settling for a while and a good feed. Some have found the berries in Holt tasty so that was where we headed.

It was a rather dull and jolly cold day but we didn’t have to wait too long for our initial sighting of the small flock of beautiful birds. I would have been really disappointed not to see Waxwings this year as they are one of my favourites but they obliged!

We saw four fly in landing high in the trees across the road.

Shortly after that they flew to the rowan tree dripping with juicy berries. Unfortunately the light was far from good for photography and they mainly kept deep in the trees out of sight but they did make some appearances.

Or upside-down of you prefer!

So these Bohemian Waxwings are number 254 on our bird year list and they were a very welcome addition. If I get the chance to see some more that might be in better light I will give them a go, but for today I am happy with these.

Not many weeks left of the year and things have slowed down somewhat after the flurry of warblers recently. I wonder what else is in store? How many more will we add to our total? We missed a cracker at Minsmere at the weekend as we hesitated and left it too late! I can think of a couple I am still optimistic about and others I hope for although the greatly reduced hours of day light make it more of a challenge! 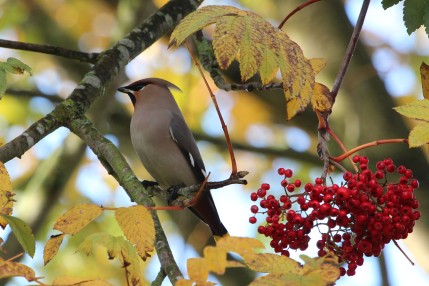